You are here: Home » Blog » This would be the rich village? (Richebourg, Burgundy)

This would be the rich village? (Richebourg, Burgundy) 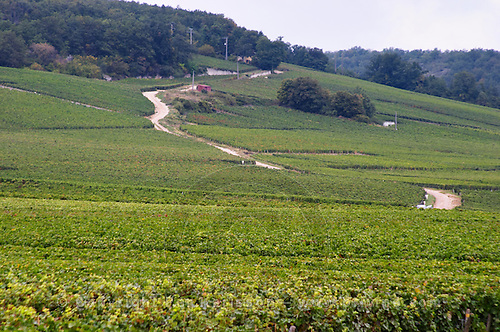 Romanee-Conti is one of the grand cru appellation vineyards in the commune of Vosne-Romanee in Cote de Nuits in Bourgogne. It is a monopole (fully owned) by the Domaine de la Romanee Conti, sometimes called DRC. It is planted exclusively with pinot noir grapes to make red wine. Not just any red wine, but one of the most expensive ones you can find.

The Romanee-Conti grand cru is just one of several around the village of Vosne Romanee. When standing looking at the stone cross on the edge of Romanee Conti you have La Grande Rue to the left, on the other side of a dirt road, behind you is Romanee Saint Vivant, above RC up the hill is La Romanee, and to you right (north) is Richebourg.

The total vineyard area is 1.63 hectares. Yields are low, much less than 30 hl/ha according to some, a bit over 40 hl/ha according to others, so there are not many bottles around, only some 4000-5000 bottles. But that is of course not the main reason that makes the wines from this vineyard one of the world’s most expensive red wines. That is mainly du to its collectability and to the desire that well heeled people have to own a bottle that says Romanee-Conti on the label, and perhaps, perhaps even one day drink it. It is more of a collector’s item than a beverage.

The vineyard is cultivated with organic farming since 1985.

But why there is a tall stone cross standing at the edge of the vineyard I do not know. It was erected in 1723, according to the inscription (which also says “Pierre Argo”), re-erected by the Gaudin de la Villaine and Leroy (at one time co-owners of the vineyard).

← Will this be your Christmas wine? (Domaine Doudet-Naudin, Burgundy)
The monks’ house in the vineyard (Clos de Vougeot, Burgundy) →