You are here: Home » Blog » Two types of blue in Pinhao in the Douro Valley

Two types of blue in Pinhao in the Douro Valley 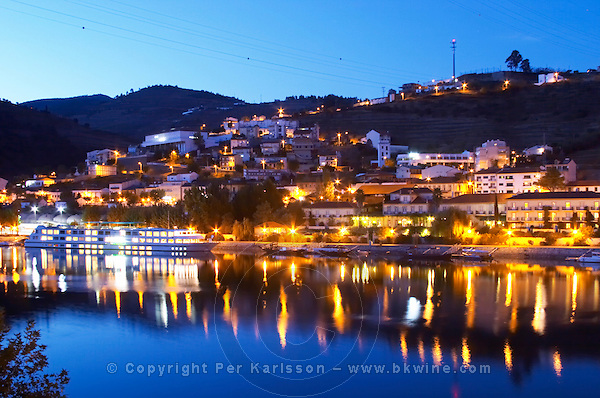 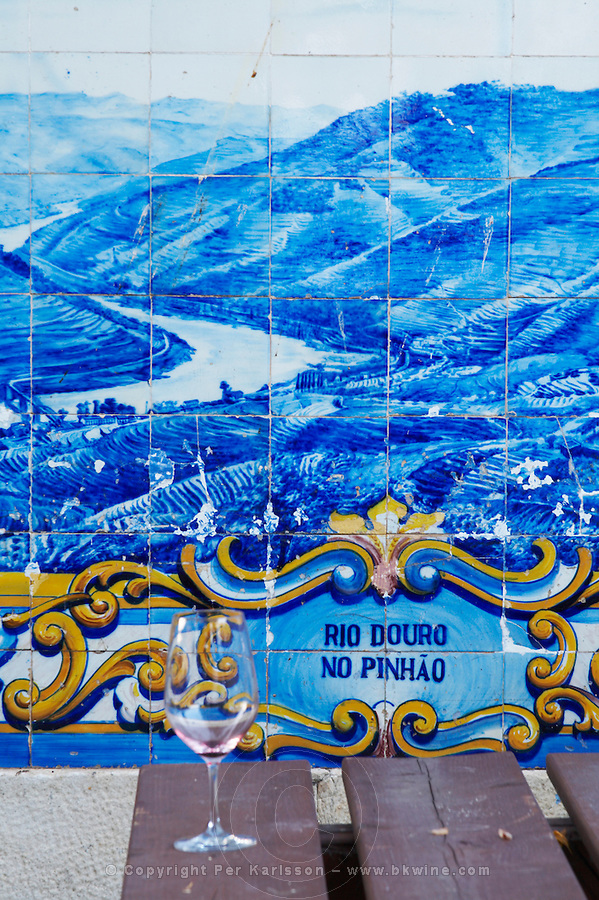 Douro River Valley, Pinhao Town, Portugal, stock photography samples, by Per Karlsson, BKWine — This is only a selection of samples. Use Image SEARCH to find more photos — Pinhao (or Pinhão) is one of the main towns in the upper Douro and in the port wine district. Calling it a town is almost an exaggeration. A big village might be more correct. The other two towns of note are Regua (or Peso da Regua) and Foz do Tua.

Pinhao is a small and rather unspectacular town but it is located magnificently at a bend of the Douro River, just where the Pinhao river joins the Douro. There is a big and beautiful hotel on the river called The Vintage House. Many rooms have a view over the river and there is a garden with a pool on the water front. The train station at Pinhao is also a sight not to miss. It is lavishly decorated with the Portuguese style blue and white tiles, the azulejos. The paintings depict various scenes from the port wine district: harvest and picking, treading the grapes in lagares, transporting on the river etc. There is even a wine bar in the station building itself!

You can also go for a stroll along the river side. There is a nice walking path along the dock with one or two cafés. The big river cruise ships that bring in loads of foreign tourists often stop here over-night. From the dock you have a beautiful view over the Douro river with many quintas dotted on the hill sides. Not to be missed at sunset! You can also take a closer look at some of the barcos rabelos – the old boats that was once used for transporting the port wine down to Vila Nova de Gaia.