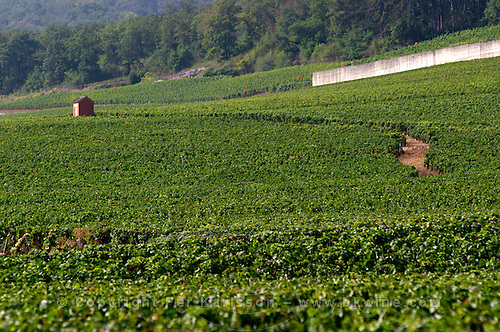 Gevrey-Chambertin is the largest communal appellation contrôlée in the Côte Nuits in Burgundy. It is in the northern part of the Côte d’Or. The village Gevrey has added (as many other villages have) the name of the most famous vineyard to its name, Chambertin, creating the name Gevrey-Chambertin.

The vineyard area in Gevrey-Chambertin is just over 400 hectares (commune and premier cru). The grapes planted are the classic Bourgogne vines: pinot noir, for the red wines, and chardonnay for the white wines, of which there is little. Actually, there is no white Gevrey Chambertin at all since the appellation is red-only. There may be a few white vines in the vineyard, but either they are mixed in with the red wine or declassified to Burgundy. The soil is primarily limestone, gravel and clay.